The world of Great Expectations is one in which fortunes can be suddenly made and just as suddenly lost. Professor John Bowen explores how the novel’s characters negotiate and perform class in this atmosphere of social and financial instability.

Britain in the 19th century was an extraordinarily dynamic place, one that was pioneering new forms of social and urban organisation. People often think of Victorian society as a stratified one with rigidly fixed class identities, but Dickens’s novels tell a very different story. Like Dickens himself, the characters in his stories often make huge social transitions, both from wealth to poverty and the other way round. He only wrote two novels in the first person. The first of these, David Copperfield (1848-50), tells a triumphant story of class mobility in its description of David’s progress through hard work and talent from poverty to success, wealth and happiness. Great Expectations tells a much darker and more haunted version of such a class transition. Both are novels focussed on psychological growth or development, but whereas the narrative movement of David Copperfield is towards fulfilment and insight, that of Great Expectations is to emptiness and loss of self.

Dickens’s works portray a very mobile society in which fortunes can be made and just as suddenly lost. Some of his contemporaries, such as Karl Marx, believed that the social classes were being increasingly driven apart, divided into the two opposing camps of the bourgeoisie and the proletariat. Dickens, by contrast, is fascinated not by the similarity of people in a particular class, but by their differences. He portrays in detail the extraordinary variety of ways, in small differences of clothing, accent and behaviour, by which people show and act out their class identities and aspirations. He is constantly drawn to characters who are at the margins, rather than the centre, of social classes: those clinging to the edges of gentility or respectability, and those who suddenly fall or rise in the uncertain world of the Victorian economy. 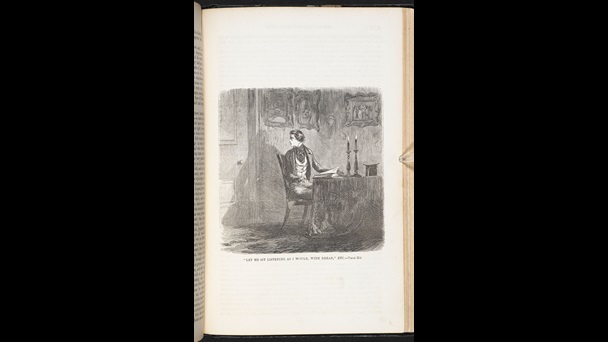 John McLenan’s illustration of Pip at the point when his recently elevated social position has become precarious, having amounted heavy debts.

Class as a performance

In Dickens’s work, it is often quite hard for characters to know for certain what class people belong to, or to be sure that they are who they claim to be. Class identity thus becomes a matter of performance, not linked in any essential way to the job that you do or the wealth that you have. This is particularly so in the urban encounters that he portrays. Class becomes something not given but created, a range or repertoire of performances and roles, each with different possibilities and dangers attached. Many of Dickens’s characters are performers who are unwilling simply to accept their given place in society but are determined to transform it into something different, better or more spectacular. This of course gives great scope for deceit, falsity and self-deception – and for comic misunderstandings.

The cruelty of class divides

Like many Victorians, Dickens was fascinated by the idea that you could make yourself anew in this way. But he also knew the kind of suffering and exploitation that goes with class difference and never underestimated or flinched away from the cruelty and degradation that go with a class-divided society. In his charitable work and reforming journalism, he did everything he could to change things for the better, by helping the poor and trying to diminish class antagonisms. But he also wanted to recognise the creativity that is shown in the inventive ways that people live out or transform their class identity. 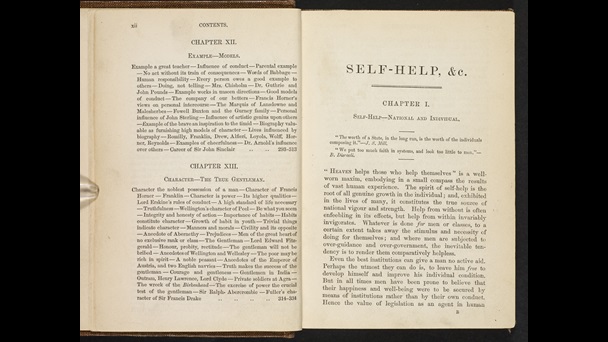 Published in 1859, a year before Great Expectations, Samuel Smiles’s best-seller conduct book Self-Help (1859) promoted self-education and perseverance as the route to social mobility.

This is rarely a simple or untroubled thing, and performances of class often go wrong. When Pip becomes wealthy, for example, has to learn to perform a whole new identity, learning how to speak, dress, and even eat in ways that will be recognised by others as genteel. These scenes of class apprenticeship are often very funny ones, as when Herbert Pocket gently advises Pip that ‘in London it is not the custom to put the knife in the mouth, – for fear of accidents’ (ch. 22) or when Trabb’s boy pursues him down the street ‘wriggling his elbows and body, and drawling to his Attendants, “Don't know yah, don't know yah, 'pon my soul don't know yah!"’ (ch. 33) The latter is a carnival of comic revenge by a poor provincial shop boy at his comparatively rich oppressor, someone who shortly before was as poor as he. It is funny for us but profoundly humiliating for Pip, who over and again in the novel shows us the heavy price (both psychological and moral) that he pays for escaping from the poverty and suffering of the forge. From the moment that Estella humiliates him as a little boy for being ‘coarse’ and common, there is no escape from the pains, desires and performance of class identity in Great Expectations. 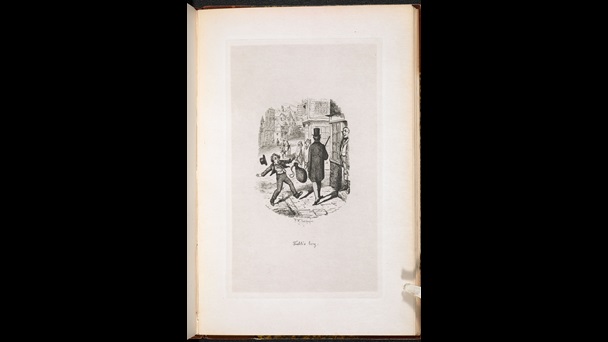 Frederick Pailthorpe’s depiction of the comic moment when Trabb’s boy spots the gentlemanly Pip and pursues him down the street.

The power of class

There is little sense in the book that you can get pleasure from wealth or social status. Miss Havisham is very wealthy but it is power and revenge that matter to her, not pleasure or self-fulfilment. Pip too gets little pleasure from his life as a wealthy young man in London: Barnard’s Inn is horrible, ‘a melancholy little square that looked … like a flat burying-ground’ (ch. 21), and his dissipations with his ‘friends’ at the Finches of the Grove are snobby and quarrelsome occasions. The feeling that his degrading and impoverished childhood will stain his whole life is one that he never loses. This is one reason that he behaves so badly, particularly towards Joe; although he feels profoundly guilty, Pip is still unable to be fair or generous to him.

We see the power of class through the plot of the novel as well as its characterisation. Great Expectations is plotted in an extraordinary way, as the shocking revelation that the source of Pip’s wealth is not, as he believes, Miss Havisham but Magwitch the convict, radically undermines his whole sense of self -identity. There are two possible plots that a lesser novelist than Dickens might have used: a romance plot, which would have led to marriage to Estella; or a plot more like David Copperfield in which Pip comes to self-realisation and achieved identity at the end. Great Expectations gives us neither of those plots; instead, it ruins them. Pip has built up a fantasy of himself as someone destined to be a gentleman. When he suddenly learns the falsity of this, as his ‘criminal’ past appears in the present in the shape of Magwitch, he is almost destroyed by the discovery, and his whole sense of self is simultaneously tainted and emptied out.