H G Wells was a committed socialist whose political writing influenced, among other things, the 1948 Universal Declaration of Human Rights. Dr Matthew Taunton considers how Wells engaged with socialist ideas in his journalism, social commentary and fiction.

Over a long and remarkable career, H G Wells produced a wide variety of political writings - pamphlets, political books, newspaper and magazine articles - as well as novels and stories. Indeed, he was often criticised for confusing literature with political pamphleteering. Virginia Woolf influentially berated Wells for using the novel as a vehicle for delivering his political ideas: ‘the young novelist became a reformer’, she wrote, one of a group of ‘Edwardian novelists’ who, because of their insistence on a political vocation for the novel, ‘give us a vast sense of things in general; but a very vague one of things in particular’.[1] Yet Wells was unapologetic about writing novels in order to further his social and political ideals, and these ideas form a vital context in which to understand his work.

Wells's socialism in this early period of his career, as John Partington has written in his excellent article, involved the 'abolition of class barriers', but also 'free competition between individuals in society regardless of their social backgrounds'.[2] It sought to foster equality of opportunities rather than of outcomes. Thus Wells’s description of himself as a 'democratic socialist' from 1886 involved support for a conception of socialism which he differentiated from municipal, Fabian-style socialism.

It was nearly a decade later when Wells published his first novel, The Time Machine, in 1895, the first in a series of scientific romances which brought him great fame and portrayed disturbing futures for humanity, a long way from the socialist society that he wanted. These novels unquestionably engaged with political ideas such as the increasing divergence of class, or the fierce debates over vivisection in The Island of Dr Moreau. But, interestingly, the high point of Wells's literary output - the scientific romances of 1895-1900 - coincided with his temporary withdrawal from political advocacy and campaigning, as if Wells were trying a different form of advocacy for his ideas.

The Island of Dr Moreau by H G Wells 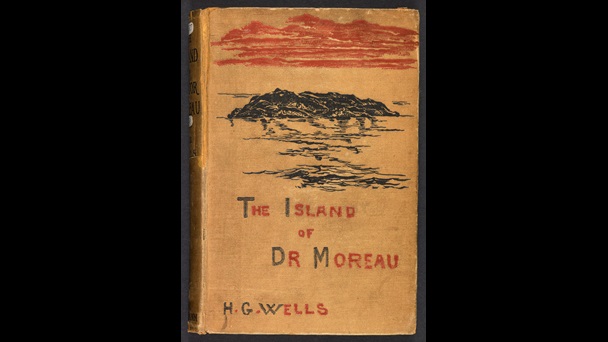 The front cover of the 1896 edition of  H G Wells's The Island of Dr. Moreau.

As Wells explained in his Experiment in Autobiography (1934), his political thinking was motivated by an awareness of the ‘incompatibility of the great world order foreshadowed by scientific and industrial progress with the existing political and social structures’ (ch. 9). The question was: how could politics and society be made to catch up with the advances of science and technology? How could social and political institutions become more scientific - which for Wells always meant more efficient and ordered? This meant different things at different times for Wells: as Roslynn Haynes has written, ‘[h]is ideas about the best means of implementing [scientific] principles in the realm of government varied with the fluctuations of the world political situation … but his allegiance to the ideals themselves rarely wavered.'[3] Still, perhaps the most enduring image of Wells’s ideal society is that set out in A Modern Utopia (1905): a highly regulated world state where all property is owned by the state, with equality of the sexes but a hierarchy of ‘classes of mind’, ruled in the interests of all by unelected ‘Samurai’. Wells’s biographer Michael Sherbourne diagnosed ‘an undemocratic one-party state in which truth is established not by critical discussion but by shared faith’.[4]

For Wells, the political form that was implicit in modern science was a socialist World State, a ‘great world order’, and - while he certainly engaged with other key struggles of his time, such as the campaign for female suffrage dramatised in Ann Veronica (1909) - his political thinking pointed towards this goal from an early stage. The scientific romances allude to this, in the disillusioned view of a split society in The Time Machine and the international offers of help in The War of the Worlds. One prevalent means of applying science to social policy was eugenics, the pseudoscience which advocated the selective breeding of humans, now heavily associated with Hitler’s death camps. Wells certainly dabbled with eugenic ideas: in Anticipations (1902), he praised 'the nation that most resolutely picks over, educates, sterilizes, exports, or poisons its People of the Abyss'.[5] But he also dissented from the hard-line eugenics advocated by Francis Galton and others, advocating education rather than compulsion. In A Modern Utopia prospective married couples are offered eugenic choices rather than forced to marry a good genetic match. But Wells did advocate the sterilization of genetic ‘failures’: an idea that the modern reader is likely to find somewhat chilling. 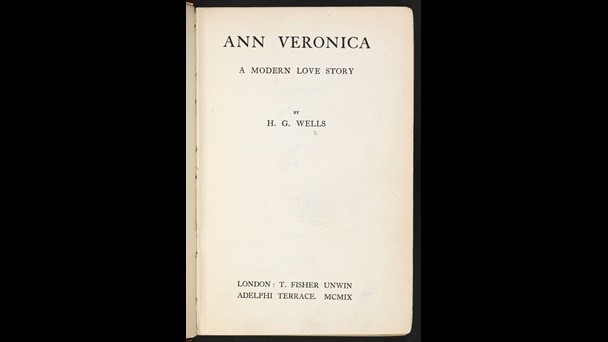 Ann Veronica (1909) describes the tenacity of a suffragette, and was partly inspired by the attack on Parliament in 1908 by supporters of women’s suffrage.

Wells's early-20th-century futurological works – Anticipations (1902), Mankind in the Making (1903), and A Modern Utopia (1905) – made him one of the most prominent political thinkers of his time. The Fabian Society was a grouping of socialist intellectuals, including George Bernard Shaw and Beatrice and Sidney Webb, with whom Wells had disagreed in the 1880s. Given his widespread fame, and his evident powers as a writer and as a communicator of socialist ideas, the Fabian Society were keen to capture Wells as an ally, and he accepted an invitation to join the Society in 1903.

The period of his membership was a turbulent one for the Society, whose leadership quickly realised that Wells was not to be controlled. He openly criticised the Society from the beginning, and in 1906 addressed its members with a paper called, unambiguously, 'The Faults of the Fabian'. Wells's criticisms portrayed the Society as a talking shop for middle-class socialists, which lacked the appetite for real change. He advocated that the Society should aim for mass-membership and more radical reforms. The Society's ‘Old Gang’ also worried about Wells's reputation for sexual promiscuity and his reputed advocacy of free love. This was not an entirely accurate picture of Wells's views, but the latter did advocate the payment of mothers, and when in 1908 the Fabian Society refused to adopt this as a policy, he tendered his resignation.[6]

From Bolshevism to human rights

Politically, Wells is in some respects a recognisably late-Victorian figure. Yet he lived until 1946, and was forced to adapt his political views to a rapidly and catastrophically changing world situation. His later career saw him engage with the new society in the Soviet Union, where he travelled twice, meeting Lenin in 1920 and Stalin in 1934.[7] A regime that claimed to be both socialist and internationalist was an exciting prospect, but in reality Wells – unlike his former Fabian colleagues George Bernard Shaw and Beatrice and Sidney Webb – was too much of a liberal to embrace Stalinism. During the Second World War, he drafted a ‘Universal Rights of Man’ that was published in a letter to the Times. This document, and the advocacy he did around it, did much to put global human rights on the political agenda in the postwar period, and was influential in the development of the Universal Declaration of Human Rights in 1948.[8]

[3] Roslynn D Haynes, H.G. Wells: Discoverer of the Future: The Influence of Science on his Thought (Basingstoke: Macmillan, 1980), p.82.

[7] Matthew Taunton, ‘Russia and the British Intellectuals: The Significance of The Stalin-Wells Talk’, in Russia in Britain ed. by Rebecca Beasley and Philip Bullock (Oxford: Oxford University Press, 2013), pp.209-24.