Keats trained as an apothecary and a surgeon before deciding to dedicate himself to poetry. Professor Sharon Ruston considers how his medical background influenced his writing.

In the poem Lamia Keats claims that scientific knowledge ruins our sense of beauty. The more we understand a thing the less we appreciate it:

There was an awful rainbow once in heaven:
We know her woof, her texture; she is given
In the dull catalogue of common things. (Part 2, ll. 231–33)

In other words, now that we understand what a rainbow actually is, and how its colours are made, it is no longer a thing of mystery, wonder and beauty. This is a surprising statement from a poet who was himself medically trained. How did he come to have such an attitude towards science? It is also true that Keats is one of our most sensual poets. He writes about bodily pain and pleasure and sexual desire. While Keats decided, in the end, to pursue poetry rather than a career in medicine, his scientific knowledge surely helped him to create poetry of great beauty.

When Keats was 14 years old he was apprenticed to the family’s doctor, Thomas Hammond. In the summer of 1810 Keats moved in above Hammond’s surgery in Edmonton, North London.[1] While an apprentice, Keats would have performed such tasks as making up medicines, cleaning the surgery, preparing leeches (blood-sucking worms that were used to bleed patients), and bookkeeping; as he progressed he may have moved on to dressing wounds, drawing teeth and visiting the sick.[2] He seems to have left before his apprenticeship was completed, but he had done enough to satisfy the requirements of the 1815 Apothecaries Act, which came in while Keats was in the next stage of his training at Guy’s Hospital. Keats entered Guy’s Hospital as a student on 1 October 1815 and, with incredible speed, was promoted to the role of ‘dresser’ on 29 October 1815, less than a month after he had arrived at the hospital and just before he turned 20. The Apothecaries Act had come into force on 12 July 1815, and was an attempt to regulate and professionalise apothecaries. To be allowed to practise, there was now a required minimum degree of training and an exam. Keats had done enough of his apprenticeship, the requisite six months of hospital training, and then passed the difficult exam (which his two housemates failed). He qualified for his apothecary licence on 25 July 1816.[3]

Keats’s six months of hospital training were gruelling and expensive. He had lectures every day Monday to Saturday at 10am; he also joined hospital rounds; at 2pm he would be in the operating theatre at St Thomas’s observing an operation; and at 4pm he would dissect the corpses and body parts brought to the hospital by grave robbers.[4] Nicholas Roe tells us that there were as many as 200 students dissecting simultaneously and that ‘the stench of rotten flesh was overwhelming’; there was a very real danger of infection too.[5]

Keats had first-hand experience of serious illness and death in his personal life. His father died in a fall from a horse, and his mother and uncle died of an unspecified ‘decline’.[6] His brother Tom died of tuberculosis in December 1818 and Keats nursed him through the final months of his life. Keats had been unwell himself during this time, and it became apparent early in 1820 that he also had consumption. Of course, because of his medical training and his care of Tom, Keats knew full well what form the disease would take and his likely chances of survival. 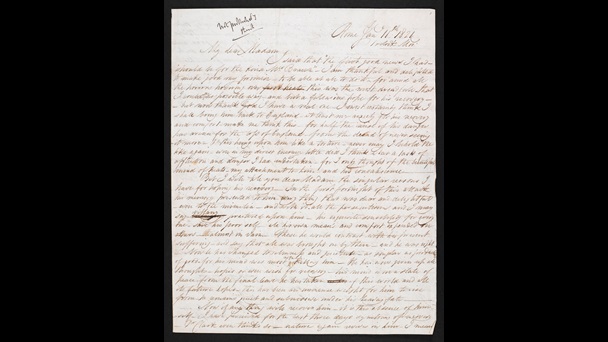 Keats’s poetry had received harsh criticism in some quarters, not least because of the fact that he was a qualified apothecary. Having such a profession was seen by some to be beneath the dignity of a poet. The Tory critic John Gibson Lockhart, writing anonymously in Blackwood’s Edinburgh Magazine, noted that Keats was destined ‘to the career of medicine, and he was bound apprentice some years ago to a worthy apothecary in town’.[7] Looking down his nose at Keats, Lockhart advises him that ‘It is a better and a wiser thing to be a starved apothecary than a starved poet’ and to ‘be a little more sparing of extenuatives and soporifics in your practice than you have been in your poetry’.[8] 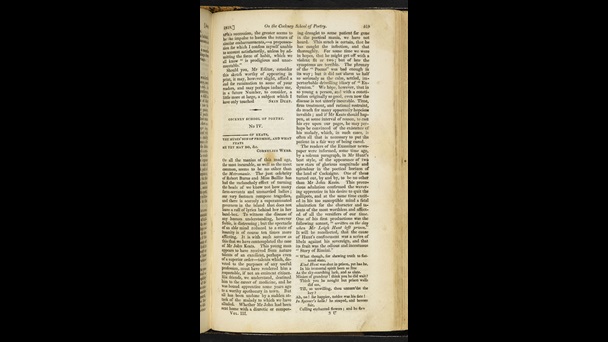 The relationship between poetry and medicine

In this last comment, Lockhart links Keats’s medical practice with his poetry, and finds that poetry can act as medicine. This connection between poetry and medicine has been made for centuries – indeed it can be found in ancient mythology: Apollo was the Greek God of medicine, music and poetry. Lockhart accuses Keats of writing poetry that will act like medicines which make us weaker or which cause us to sleep. In other words, Keats’s poetry is like a drug. In ‘Ode to a Nightingale’, written after Lockhart’s criticism, Keats alludes to this power of poetry. Listening to the nightingale’s song makes him feel as though he has drunk ‘hemlock’, ‘Or emptied some dull opiate to the drains’ (ll. 2–3). An opiate can refer to any medicine that contains opium and which was used to alleviate pain. Keats believes that the reason the nightingale’s song is so beautiful is because it has never known the pain and suffering that people know, in a world ‘Where youth grows pale, and spectre-thin, and dies’ (l. 26). Ultimately, though, Keats finds that he cannot join the nightingale but must return to this world of suffering, leaving him wondering whether the song he heard was even real because it was so beautiful. The beauty of the nightingale’s song, like the release provided by the opiate, is only temporary, and the poem is dominated by ideas of human mortality and the potential, but perhaps inaccessible, immortality of poetry. 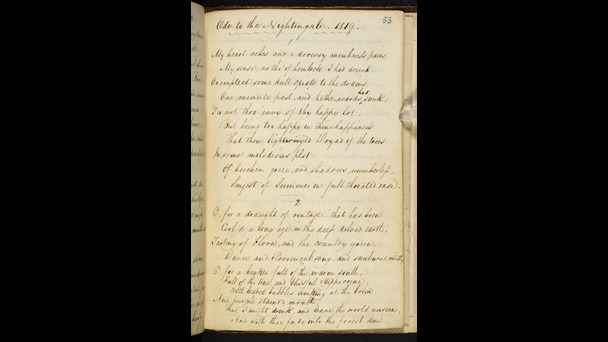 In Lamia we witness the transformation of the lamia into a woman, a scene that explicitly demonstrates the knowledge of chemistry that Keats had gained at Guy’s Hospital as well as the pain and horror he had witnessed. Lamia’s change is violent: her ‘mouth foam’d’ while her eyes, ‘in torture fix’d’, ‘Flash’d phosphor and sharp sparks’ (Part 1, ll. 148–52). The beautiful colours that had characterised her mythological, serpent body are replaced with the ‘pain and ugliness’ of human mortality and the change is horribly, physically painful ‘She writh’d about, convuls’d with scarlet pain’ (Part 1, l. 164; l. 154). Scarlet is of course the colour of blood and in his phrase ‘scarlet pain’, Keats describes the agony of Lamia’s transition to a mere mortal woman. Many other Keats poems also allude to pain and death and make us realise that the events of his life had familiarised him with such things. His poems may also contain their own medical properties, however, and work to alleviate the horrors of our world.

[1] In 1810 Edmonton was a village north of London and was not part of the city.