Sensation novels play on the nerves and thrill the senses. Matthew Sweet considers some of the key features of the genre, as well as its three founding texts, all published in the 1860s: The Woman in White, Lady Audley's Secret and East Lynne.

You don’t need an academic essay to tell you that you’re reading a sensation novel. The symptoms are obvious and self-diagnosis is easy. Does the heroine have a moustache? Has the hero turned himself blue by drinking silver nitrate to cure his epilepsy? Is your heart beating a little faster? Do you feel a sickly, neurotic kind of pleasure? Is there poison in that glass of lemonade?

Sensation fiction is populated by men who cannot bear loud noise and women who cannot digest cake. On its pages you will meet wives fixated on vengeance and husbands shamed by murder; a Byronic villain who terminates at the waist and leaps about on his hands like R2D2; a Hebridean cottager whom daylight burns like quicklime. (‘If I were to draw the curtains,’ she warns, ‘I should feel the acutest pain all over my face.’)[1] In sensation fiction, sensory experience often comes with a side-effect like those knives in the feet of the Little Mermaid. Even soft furnishings can induce mental agony. ‘The room,’ winces the hero of Wilkie Collins’s Basil (1852), ‘would have given a nervous man the headache, before he had been in it a quarter of an hour.’ (Part 1, ch.10) 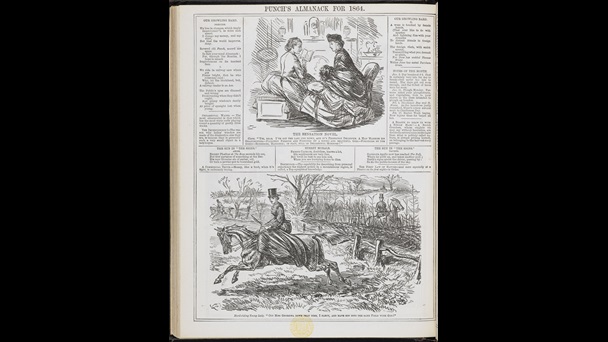 The genre was founded upon three novels: Collins’s The Woman in White (1860), about the insanely complex machinations of a decayed British aristocrat and a bonbon-guzzling Italian Count; Ellen Wood’s East Lynne (1861) about an adulterous woman disfigured in a railway crash, who returns, disguised, to the family home, in order to work in the nursery of her estranged children; and Mary Elizabeth Braddon’s Lady Audley’s Secret (1862), the story of a murderously ambitious Pre-Raphaelite beauty who secures a fortune by shoving her husband down the garden well.

It was species of writing that, according to the Dean of St Paul’s Cathedral, aimed at ‘electrifying the nerves of the reader’[2] and, according to the satirists of Punch, was conceived for ‘Harrowing the Mind, Making the Flesh Creep, Causing the Hair to Stand on End, Giving Shocks to the Nervous System, Destroying Conventional Moralities, and generally Unfitting the Public for the Prosaic Avocations of Life'.[3] The critics and humourists were partly right. The sensation novel did jangle the nerves, and inspired a kind of pleasure that readers felt as much in their bodies as their minds. In this, it was attuned to the spirit of the popular culture of its moment.

The Belle of Belgrave Square 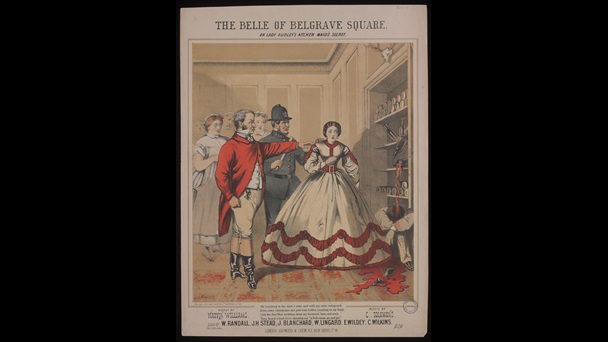 Front cover of music sheet for The Belle of Belgrave Square which was a parody of the book which was a sensation in the late 19th century.

A decade of sensation

The 1860s were the decade of sensation. They were the years of sensation preachers, sensation steamers, sensation scenes and sensation diplomacy – the latter said to be an Imperial Japanese phenomenon involving public execution and hara-kiri. The word was applied to thrilling stage dramas built around drownings, clifftop struggles and spectacular special effects; death-defying public entertainments involving lions and fireworks and trapeze artists. Above all these – literally, at least – were the performances of the highrope walker, Blondin, who, in the summer of 1861, scooted through the empty air 70 feet above the crowd at the Crystal Palace in Sydenham. ‘Thousands of us,’ noted the novelist Charles Dickens, sitting below, ‘have come to see an acrobat perform a feat of imminent danger [for the sake of] an exquisite and new sensation'.[4]

The novels of Mary Braddon, Wilkie Collins and Ellen Wood offer a richer and more nuanced experience than the sight of an airborne acrobat – even one who, like Blondin, was given to making his ascents dressed as a monkey, or wearing a suit of armour, or pushing a wheelbarrow containing a lion. Their fiction unsettles more profoundly. Its accounts of sickness, insanity, identity-theft and long-suppressed family secrets tell a story about the anxieties and uncertainties of 19th-century life – and our own lives, too. But they form a circuit with these sensational popular entertainments. Their plots are highrope walks; their pleasures, hopefully, are not entirely good for you.