Questions of status and class are a major preoccupation of Jane Austen’s characters, and of the novels themselves. Professor John Mullan considers both the importance of social status and its satirical potential.

Jane Austen expected her readers to be sensitive to questions of social status, but she remorselessly satirised characters who were obsessed with fine social distinctions. There is certainly no association in her novels between high rank and any great virtue or ability. Aristocrats are at best buffoons, at worst paragons of arrogance. The most famous case is probably Lady Catherine de Bourgh in Pride and Prejudice, a woman with whom no one before Elizabeth Bennet has ever disagreed. But think also of the amiably stupid Sir John Middleton in Sense and Sensibility, the cold and deluded Sir Thomas Bertram in Mansfield Park, or the vain spendthrift Sir Walter Elliot in Persuasion. All three men are baronets, the lowest rank of hereditary title.

‘Rank is rank’, Mr Elliot tells Anne in Persuasion, explaining why the company of her father’s cousin, the vapid Lady Dalrymple, and her awkward daughter is to be desired (ch. 16). ‘Rank’ is a word most often used of those with titles, and a respect for rank is subject to particularly withering satire in Persuasion. Lady Russell respects Sir Walter Elliot because he has an hereditary title while she is only the widow of a knight. Mary Musgrove carelessly and constantly offends her in-laws by her insistence on her precedence on social occasions because she is the daughter of a baronet while they are mere country gentry.

Sir Walter Elliot’s reading of the Debrett’s Baronetage alerts us to his anxious attention to status. The guidebook had been made necessary by the large number of ‘new’ baronetcies created in the late 18th century. Sir Walter reassures himself that his own title dates from the 17th century. Even among this group of minor aristocrats there is a pecking order. It is unconsciously mocked by a waiter in the inn in Lyme Regis who tells Mary Musgrove that Mr Elliot’s servant ‘said his master was a very rich gentleman, and would be a baronight some day’ (ch. 12). 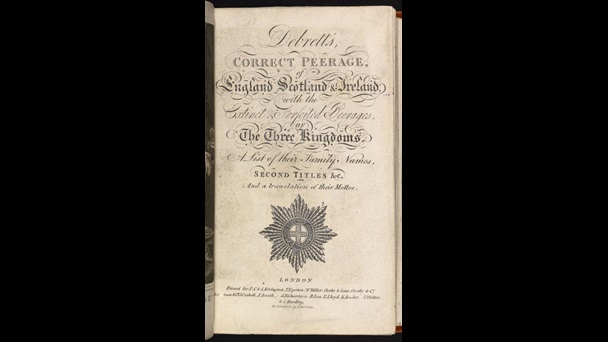 Debrett’s Peerage contains a record of all the titled families in the United Kingdom, with details of their births, marriages and deaths. This edition, the eighth, is from 1812.

Costumes of the Navy, Army and other occupations 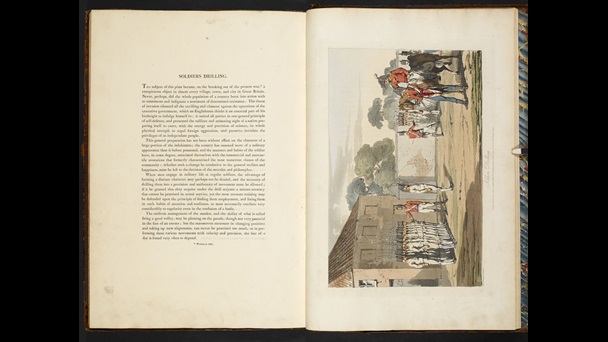 But what were you if you were not an aristocrat? The key word in Austen’s world is ‘gentleman’. When Lady Catherine de Bourgh tells Elizabeth Bennet that she is too lowly to marry Mr Darcy, her retort is angrily authoritative. 'He is a gentleman; I am a gentleman's daughter; so far we are equal’ (ch. 56). ‘Gentleman’ is the most vexed of terms. Mr Bingley’s indolent and impolite brother-in-law Mr Hurst, we are told, ‘merely looked the gentleman’ (ch. 3). In Sense and Sensibility, Elinor Dashwood meets Colonel Brandon for the first time and sees that ‘his address was particularly gentlemanlike’ (ch. 7). In the first case, Mr Hurst has only the clothes and mannerisms of a refined person, but is in fact rude and boorish. In the second case, Colonel Brandon’s tact and politeness are a good guide to his sterling qualities.

In 18th-century literature, the definition of a gentleman had sometimes seemed to be a man who did not work for his living. However, this is clearly not the case in Austen’s fiction. Elizabeth Bennet’s uncle Mr Gardiner is in trade in an unfashionable part of London, yet he is evidently a gentleman. Indeed, he is befriended by the discriminating Mr Darcy. Jane Austen’s father was a rural vicar, and clearly an educated ‘gentleman’ with noble family connections. Yet he took on tutorial pupils to bolster the domestic economy and farmed on local land. Austen’s brothers took up professions, as clergymen or naval officers. In Persuasion, Sir Walter Elliot looks down his nose at the navy men, but is clearly idiotic for doing so, particularly in an age in which military men were widely admired and paraded proudly in their uniforms. Sir Walter’s beloved Baronetage can be contrasted unflatteringly with the navy list that Austen’s heroine Anne Elliot knows well, whose leading figures seem to signify a more meritocratic society.

Austen analysed the pretensions of all who thought themselves superior to others. In Pride and Prejudice the Bingley sisters think themselves better than the Bennets, but they like to forget that ‘their brother's fortune and their own had been acquired by trade’ (ch. 4). Sir William Lucas has a title, but has made his fortune ‘in trade’ and is ridiculous in a nouveau riche way for calling his house Lucas Lodge. Austen was alive to all the small ways in which members of her own rural society tried to assert their status and distinguish themselves from those below them. It is the main subject matter of her satire.

The chosen and the best

Austen’s satire is most subtle in Emma, where it is the heroine herself who is the greatest snob. Emma begins the novel confident that she knows who are ‘the chosen and the best’ in Highbury (to be treated as equals) who are the ‘second set’ (characters like Miss Bates, to be summoned at will to divert Emma’s father) and who are beyond the pale (like the farmer, Mr Robert Martin) (ch. 3). By the end of the novel she has been mortified and made to contemplate the real possibility that the gentlemanly Mr Knightley might want to marry Harriet Smith, the illegitimate daughter of ‘somebody’. Mr Knightley himself enjoys the company of Mr Robert Martin, in whom he finds ‘true gentility’ (ch. 8). Luckily for Emma, Harriet will eventually marry Mr Robert Martin and Emma, taught a stern lesson, will think with ‘great pleasure’ of getting to know him (ch. 54).