Liza Picard explores the expansion of the middle classes.

Advertisement for dress fabrics made by Bradford Manufacturing Company 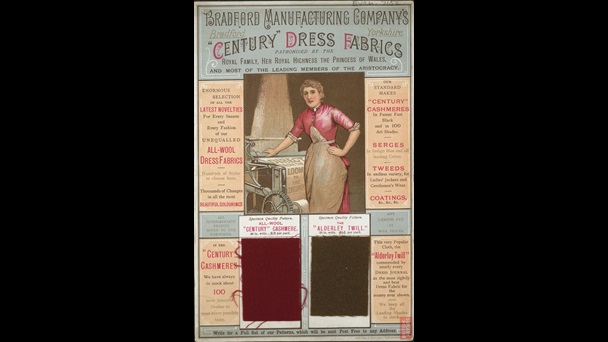 A junior clerk in a City firm might have earned less than £100 a year. The chairman of the Board might have been paid £1,000. But they shared one vital distinction; they were both members of the 'great middle class'. They worked with letters and figures, wore morning coats, stiff white collars and top hats. A skilled engineering workman might earn more than a clerk, but he worked with his hands – he was irredeemably a member of the lower classes. 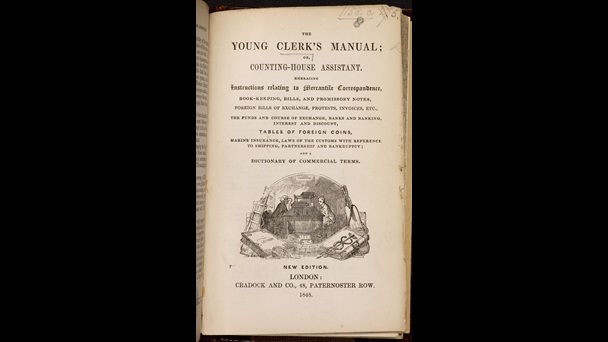 The lowest rung of the ladder

The boom in trade and the new sophistication of banking methods meant that every business and factory needed a small army of clerks. Every invoice, every letter, every ledger entry had to be accurately, quickly and legibly written by hand. It was estimated that the 44,000 clerks, accountants and bankers who had dispatched business in 1851 had swollen to 119,000 20 years later. Anthony Trollope, who became famous as a writer, began as a junior clerk in the Post Office, at £90 a year. Seven years later he had risen to £140.

Twice round the clock; or the Hours of the Day and Night in London 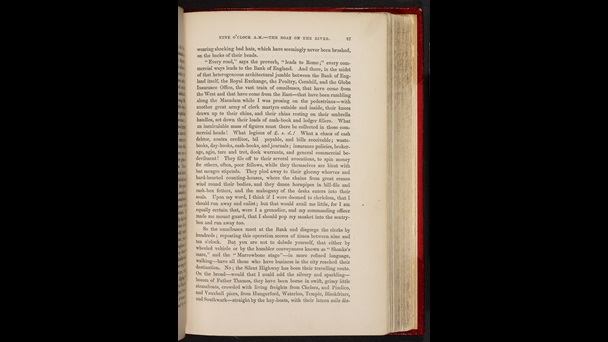 But living could be cheap. The £100-a-year clerk and his wife could find a cottage to rent, in a suburb within walking distance of his work; three miles was thought to be reasonable, to cover on foot twice a day. He must have sometimes longed to board an omnibus as it splashed past him on a rainy day, but for his careful budget the fare – perhaps as much as six pence – was just not affordable except in a crisis.

Their suburban cottage could be furnished for less than £20. His wife might employ a ‘slavey’ or maid-of-all-work, for only £6 a year. Barring accidents, his employment was safe. The hundreds of clerks in the Bank of England could stay until they dropped dead; there was no compulsory retiring age for them.

A middle class woman was entirely dependent on a supply of domestic servants, ranging from the untrained ‘slavey’ to a staff of several highly trained specialists. A young wife newly elevated to her husband’s status in the middle class might not have the accumulated knowledge of an old-established household. Here was a huge market for Advice Books, such as Isabella Beeton’s Book of Household Management, published in 1861 (and still in print and updated). The frontispiece and title-page of Mary Beeton’s Book of Household Management (1861), showing a farmyard scene with the motto ‘The Free, Fair Homes of England’.

Its usefulness in a middle class home was not so much in teaching the servants themselves, many of whom would be illiterate, but in enabling the mistress, after a quick look at the relevant pages, to pretend to an encyclopedic and impressive knowledge herself.

Having set the maid to clean all the silver, and the cook to prepare for that night’s dinner party, and kissed her husband as he left for the City, the prosperous housewife had the day before her. She might briefly interview her children before returning them to their governess or nursery maid. She was not concerned with buying food, much of which was delivered on a daily basis, nor with the wine for the evening, which her husband would have ordered, perhaps with the collaboration of the butler. (The germ of supermarkets was sprouting even then, in Mr. Harrod’s grocery store, opened in 1849, and William Whiteley’s department store in Bayswater, proudly titled The Universal Provider, in 1863.) The housewife could take a hansom cab, or perhaps their own carriage, to visit her friends, or sample the fashionable new emporia in the town centre. The modest establishments sheltering behind uninformative façades had long gone. The glory of plate glass, and the brilliance of gas lighting, enabled the retailer to entice his clientele into his premises, where male and female staff waited to serve them. The motto of the up-and-coming shopkeeper was ‘the customer is always right’, and the sales staff had to bow, in every sense, to the customer. 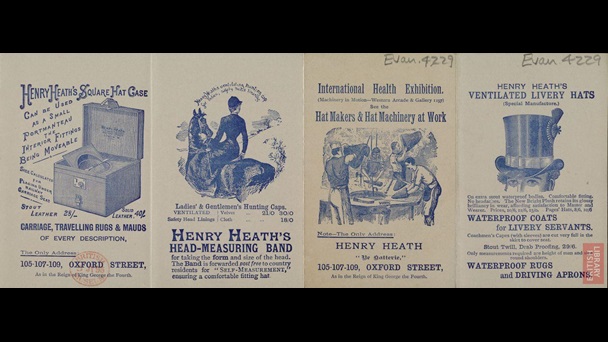 If she could afford to, she would have her clothes made for her in one of the fashionable – and very expensive – salons. The London ‘season’ lasted only a few months, from Easter until August, when Parliament rose and everyone who mattered could retire to their grouse moors with sighs of relief. But during the season a rich woman expected to be able to order from her dressmaker an elaborate gown to be delivered the next day.

A lady in less exalted circles might buy a dress ready-made, or buy a ready-made bodice, which was complicated to make, with a length of the same fabric to make the skirt herself. She, or her dressmaker, might use one of the paper patterns distributed free by fashion magazines such as The World of Fashion, from 1850.

The middle class standard of living

The Victorian era was a golden age, for the middle class. The huge army of clerks worked from nine to four, or ten to five. For those without a grouse moor, a family seaside holiday in Brighton or Margate could be just as refreshing.

The days of paid annual leave had not yet arrived, but the family could take lodgings in Brighton or Margate, both easily accessible by steam boat or train, and the husband could lead a bachelor life during the week and join his family by ‘the husbands’ boat’ for the weekend. For those at the top of the pile, life was very comfortable. Servants, of course, could be worrying (just as labour-saving machines can go wrong, in our day). A man earning the very good income of, say, £1,000 paid just under £30 income tax. He ruled his household with a rod of iron, since his wife knew that she had little chance of divorcing him no matter what he did. His children were brought up to respect and obey him. If the domestic scene became too noisy or boring for him, he could always escape to his club. It seems, in retrospect, an enviable existence.