What were the ‘German Atrocities’? Associate Professor Sophie de Schaepdrijver examines the civilian massacres in Belgium and northern France that were perpetrated by the German armies in 1914.

Although most of the dead in World War One were soldiers, the war claimed millions of civilian victims: through malnutrition and famine, forced resettlement, herding into camps, epidemics, forced labour, and aerial bombing. In addition, the war saw the first genocide of the 20th century, that of the Armenians in the Ottoman Empire. That violence would not be restricted to armed combatants (as the pre-war Conventions of The Hague had prescribed), soon became clear; for the war started with massacres of civilians.

Germany invaded neutral Belgium on 4 August 1914. From the next day, civilians were executed en masse, as the invasion force advanced on its first obstacle, the ring of forts around Liège. To retaliate for the shelling from these forts, the German troops rounded up inhabitants of surrounding villages. Victims were selected and shot, those still alive being killed off with bayonets. By 8 August, nearly 850 civilians were dead. By then, several of the dynamics of this particular type of violence had fully emerged. First, the massacres occurred where the invading army suffered setbacks; the German military did not consider Belgium’s military defence to be legitimate. Second, the victims were accused, incorrectly, of being franc-tireurs (civilian snipers). Most of the German rank and file genuinely believed that the locals were attacking them; this sniper delusion was sometimes countered by the commanding officers, sometimes not. Third, there were women, children and old men among the victims but the vast majority were men of military age. These were more likely to be suspected of sniping; moreover, the invading troops resented them for still enjoying the civilian life that they themselves had so recently been torn from. Fourth, and last, the massacres went together with rituals designed to show civilians how helpless they were. People were made to cheer the troops; local dignitaries (mayors, priests) were publicly mistreated, in some cases killed. 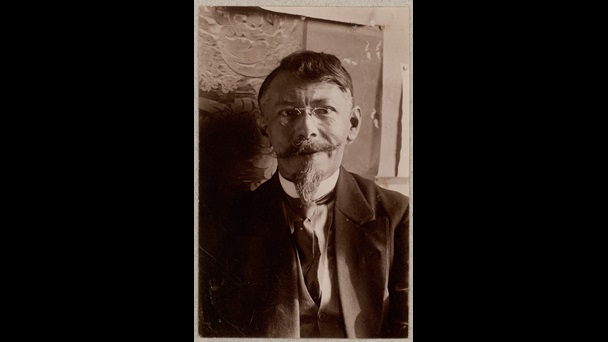 Portrait of Johannes Jørgensen, a Danish writer, who in 1915 published Klokke Roland (False Witness), describing the German invasion of Belgium in 1914 as a heinous act.

The general German advance started on 18 August; by 28 August, the invasion force had crossed Belgium. The 10 days in between saw the worst violence. The troops, exhausted from the forced marches and often under the influence of alcohol, committed a series of large-scale massacres, pillaged and burned towns and villages, and deported survivors. The hardest-hit places were Aarschot on 19 August and Andenne on 20 August; the small industrial town of Tamines on the Meuse, where 383 inhabitants were killed on 22 August; the city of Dinant, where, on 23 August, the worst massacre of the invasion left 674 people, one out of every 10 inhabitants, dead; and the university town of Louvain (Leuven), where the treasured university library was burned and 248 civilians killed. Further south, hundreds of people were executed in the Belgian Ardennes; on one occasion 122 alleged francs-tireurs were killed in groups of 10; the last ones had to climb on the mound of corpses to be shot. On a smaller scale, invaded France saw similar killings: the first civilians were shot in the northern Meuse-et Moselle on 9 August, and, among other massacres, 60 people were killed in Gerbéviller, a large lorrain village, on 24 August. Throughout, the invaders made a point of stressing their superiority. One makeshift triumphal arch in the small town of Werchter, north of Louvain, built close to where the victims of a group execution lay buried, bore the inscription ‘To The Victorious Warriors’.

As the German armies moved further into France, the violence abated, although there were flare-ups. In September dozens of civilians were killed in East Flanders as the invading troops skirmished with the Belgian army. Weeks later, the German attack on the French and Belgian defenders at Diksmuide in West Flanders led to mass killings in the area; on 19-21 October, 161 civilians were shot outright or killed while being used as human shields.

With that, the invasion came to an end. Mobile warfare turned to stalemate; the invaded territories in Belgium and northern France were now under military occupation. This also meant the end of the massacres of civilians, which had claimed 906 victims altogether in France, and 5,521 in Belgium. The shift did not mean the end of violence against civilians: the four years of occupation saw individual executions and occasional killings, and, in the second half of the war, some 2,500 Belgian men died in forced-labour camps. But there were virtually no further outbreaks of violence similar to those of the invasion. These massacres were no harbinger of sustained extreme violence against the invaded populations in the West.

The German changes clothes but he is always the same German! Remember! 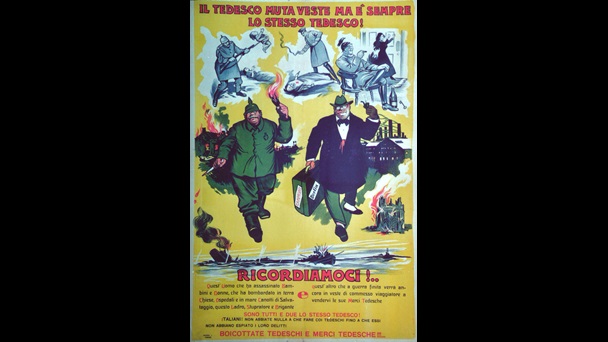 An Italian propaganda poster from 1918, depicting Germans as barbaric murderers, rapists and thieves.

Impact on societies of the First World War

And yet the ‘German Atrocities’ – as they were soon referred to in Allied public opinion - set the tone of the wartime debate about violence against civilians. They established a distinction between ‘just’ violence in war versus ‘atrocities’. Both parties seized the moral high ground by claiming to be fighting a just war against an aggressor who overstepped the boundaries of accepted warfare: the Allied camp, not without justification, against an invader who killed unarmed people; the Germans, with more stretching of the evidence, against encirclement by enemies whose stealth methods included civilian sniping. From now on, instances of violence against enemy civilians were interpreted in these terms; both parties accused the other of ignoring international standards for the just conduct of war. A German manifesto blamed the ‘Russian hordes’ for barbarous methods of warfare during the invasion of East Prussia in August and early September 1914, when about 100 civilians were killed. The Russians accused the Germans of atrocities because of the massacres committed in the first days of August 1914 in Kalisz in Russian Poland (‘Poland’s Louvain’) and Częstochowa in Silesia. Further accusations, all framed in the language of national enmity, would continue to volley back and forth throughout the conflict. In this way, the ‘German Atrocities’ contributed to the image of the war as a crusade against cruelty, even as warfare itself coarsened attitudes towards violence. 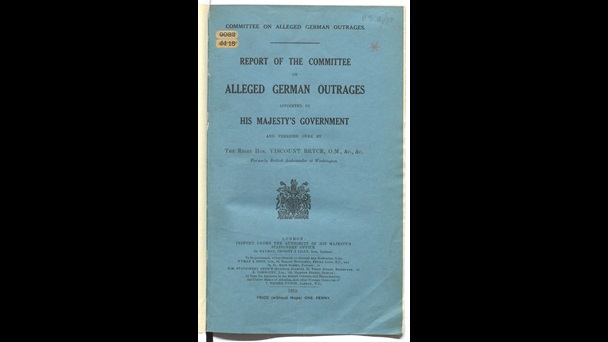