World War One and Classical Music

As there were war poets, were there also war composers? Dr Kate Kennedy reflects on the role of classical music – by turns morale-raising and commemorative – and its composition among civilians and combatants.

The First World War is now remembered through its literature perhaps more than any other art form; we are all familiar with the traditional canon of war poets, including Siegfried Sassoon and Wilfred Owen. However, we are considerably less familiar with the response of classical musicians to the war, both during and after the conflict. One soldier/composer, Ivor Gurney, even combined identities as a war poet and a composer, suggesting that there was a genre of composition that has not yet been defined – if we can accept the ‘war poet’, then were there in fact ‘war composers’? The answer is yes, but, as in literature, there were many different voices writing music from many different perspectives, both civilian and combatant.

The war came at a time of transition for English composers. The older generation of Sir Hubert Parry, Sir Charles Villiers Stanford and Sir Edward Elgar were at the end of their reign, and a younger generation (of enlistment age) were being trained up, largely by the Royal College of Music. Ivor Gurney, Arthur Bliss and Herbert Howells were all students in 1914. Ralph Vaughan Williams, approximately a decade older than the undergraduate composers, interrupted his work to enlist. Of those composers who went to fight, George Butterworth, F S Kelly, William Denis Browne, Ernest Farrar, the Royal Academy’s young star Willie Manson, and the Scottish composer Cecil Coles did not survive.

Ivor Gurney returned after 15 months at the front, having been shot and gassed, but with five of his most enduring songs, some written practically in the front line. One mud-spattered manuscript, a setting of ‘By a Bierside’, was written by the light of a stump of candle in a trench mortar emplacement. Ernest Moeran, composer of exquisite songs, returned with a drinking problem from his stint as a motorbike dispatch rider, and a large piece of shrapnel in his head; and Vaughan Williams returned from his work with the Medical Corps saddened and traumatised by what he had experienced. And yet, this seemingly shattered generation was to prove the vanguard of a renaissance in British music in the post-war years. They poured their experiences into works such as Vaughan Williams’ Pastoral Symphony (1922), an understated and achingly beautiful monument of loss, with bugle calls echoing across the French landscape.

Composition on the home front

It was, of course, more difficult for composers to write whilst on active service, and the majority of music written during the duration of the war was composed by those too old or unfit to serve. These pieces are a barometer for the needs of the time – music serves a public need as well as being a vehicle for private emotion. The variety of approaches was as multifarious as people’s experiences and perspectives on the war itself; from the pacifist Frank Bridge’s deeply disturbed Lament (1915) for a girl who died on the Lusitania, to Edward Elgar’s hearty setting of Rudyard Kipling’s the Fringes of the Fleet, written in the same year.

'Fringes of the Fleet' by Edward Elgar and Rudyard Kipling 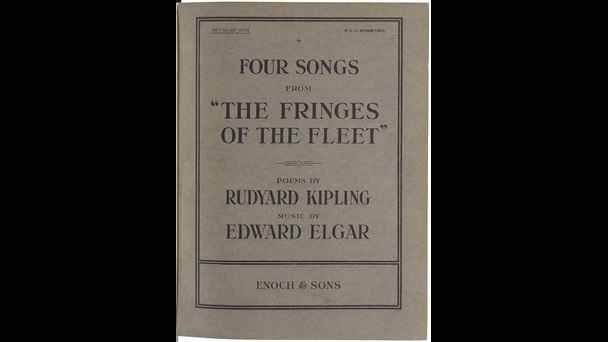 The Fringes of the Fleet, composed by Elgar in 1915, was an example of music written during the war to raise people's spirits.

Composers such as Elgar, Stanford and Parry felt strongly that they should write works that met the general populace’s needs to mourn, commemorate, celebrate and raise spirits. There were calls in journals such as The Musical Times for composers to write ‘the piece of the war’ that might speak both for and to the British people. Elgar’s works were generally the best known of any English composer during that period, and so it was to him, after his huge success with the Enigma Variations and the Dream of Gerontius at the turn of the century, that the people turned. He naturally felt it his responsibility to write pieces that might inspire and console, and came perhaps closest to achieving this with The Spirit of England (1916–17). Initially it proved to be hugely popular, but as the war progressed peoples’ emotional needs changed, and by the end of the conflict the emphasis was far more on a piece that would express people’s grief, and serve as a memorial to the dead. Gustav Holst, another older civilian composer who had in some ways pre-empted the ferocity of the war with his cataclysmic depiction of war-like Mars from The Planets in 1914, wrote little during the war itself that directly reflected the conflict, but his Ode to Death (1918–19) written on his return from Salonica where he had been helping to organise musical entertainment for the troops, is generally held to be his most beautiful choral work, although it remains inexplicably under-performed.

The spirit of England: to women by Edward Elgar 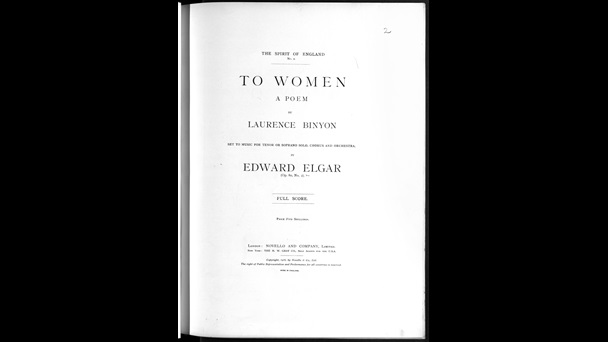 Designed to be inspirational for the nation, Elgar's The Spirit of England (composed in 1916 - 17) was incredibly popular. 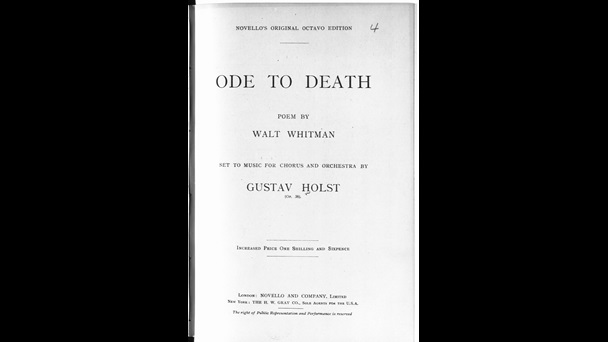 Gustav Holst's Ode to Death was written after he returned from entertaining the troops in Salonica.

Music, like sculpture, had a role to play in public and collective mourning. With the leisure that peace provided, both ex-combatant and civilian composers set to the task of writing musical memorials. Works written specifically to remember included John Foulds’ eccentric epic A World Requiem (1919-21), which required 1,250 performers, and Arthur Bliss’ ‘symphony on war’ for orchestra, narrator and chorus entitled Morning Heroes (1930). Often, as in the case of Bliss, such public works were written as an act of private catharsis, in his case to exorcise war-related nightmares, and to honour his brother, who was killed on the Somme.

Classical music reflected and shaped attitudes to the conflict, and after, to its memory. The noise of war fell silent at 11am on 11 November. The silence of the armistice was soon replaced by something more decorous – music.

A World Requiem, by John Foulds 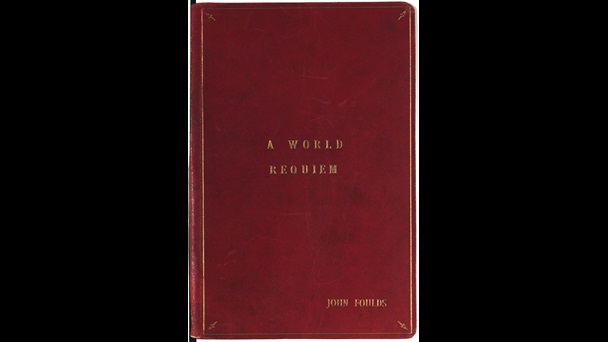 John Fould’s A World Requiem was composed as a memorial piece that required 1,250 performers.