Dr Jonathan Boff explains how the British Army used military structures and ranks to organise and order its nine million soldiers in World War One.

William Turner, my great-uncle, was 18 years old when he joined the nearly nine million men from the United Kingdom and Empire who served in the British army during the First World War. Never in Britain, before or since, have so many people had to be fed, clothed, housed, trained and generally organised, even before they could be sent to fight. This article explains something we tend to take for granted, but which in fact was a remarkable achievement: how the British army was organised so it could keep tabs on every one of those nine million, and so each soldier knew where he should be and what he should be doing. Military organisations and ranks in the three main armies which fought on the Western Front (British, French and German) were broadly very similar.

In 1914 the British army went to war some 250,000 men strong. The infantry and cavalry were divided into regiments, such as the Grenadier Guards, the 11th Hussars or the Lancashire Fusiliers. These regiments had proud histories stretching back hundreds of years, of battles hard fought around the world, and strong links with the regions from which they were raised. They gave the soldier something more concrete to identify with than just ‘King and Country’, and in many cases became his home and family, generating fierce loyalty. Before 1914 most infantry regiments had two active battalions, each of about 1,000 men, plus a part-time Territorial battalion. Each battalion was divided into four companies. A company consisted of four platoons, each of about 50 men, under a Lieutenant or Second-Lieutenant, assisted by a Sergeant. Within a platoon were four sections of 12 men. The cavalry used different terms but had similar organisation. In addition, specialist troops were grouped into so-called corps such as the Royal Artillery or Royal Engineers.

With the advent of war the army began to expand. Most of the expansion built upon the pre-1914 foundations of the regiment. So, for instance, the Royal Warwickshire Regiment grew from two to 17 fighting battalions during the war, as well as providing several training and reserve ones. However, new units were also set up almost from scratch, such as the Tank Corps. When William Turner emerged from basic training in 1918, he was sent to a battalion of the Gordon Highlanders, a famous Scots regiment, even though he had never been north of London. This demonstrates that by this stage of the war men had to be sent where they were needed, regardless of traditional local affiliations, as a result of a growing manpower crisis.

His battalion, along with two others, formed 152nd Brigade, which in turn was part of the 51st (Highland) Division. In early 1918 there were about 60 British divisions on the Western Front. The division was the basic strategic building block of the war, a permanent formation which moved and fought together. Three or four divisions would be grouped as needed into an ‘Army Corps’, with generally three or four corps making up an Army. Field Marshal Sir Douglas Haig, overall commander of the British Expeditionary Force in France, had five armies subordinate to him in 1918.

One man in a big army

It probably didn’t matter much to a lowly private like William Turner’s daily life which corps or army he was part of. If he ever saw senior generals such as the army, corps, or even divisional, commander, let alone Haig, at all, it would only have been when his unit was being inspected on parade or in training. This is not because the generals were skulking far behind the lines in their châteaux: recent research has shown that senior officers placed great emphasis, and spent much time, on seeing and being seen by their troops. However, the army was just too big. Only within the battalion which formed his world would Turner know his officers by sight or name. Even so, he probably only ever spoke to very few of them. A crucial part of the platoon officer’s job was to care for the welfare of his men, even down to inspecting their feet daily for signs of trench foot, but familiarity nonetheless was discouraged.

An officer's dugout in France 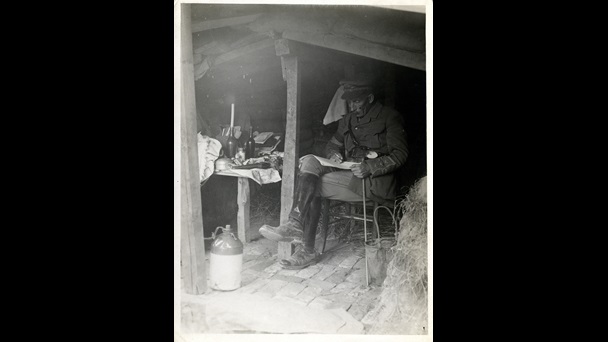 An officer reading and smoking a cigarette in his hut, which is dug into the side of a trench, 1915.

Photograph of the Brigade of Gurkhas at a kit inspection 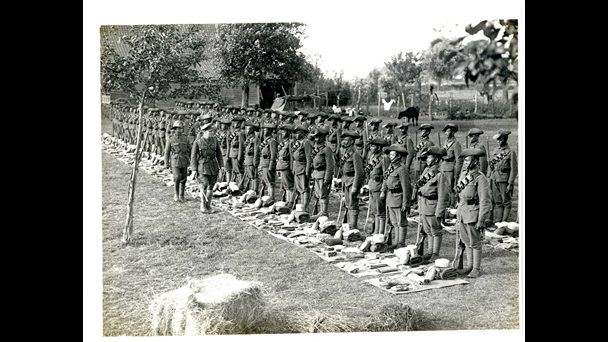 The 1st battalion of the 4th Ghurkha Rifles lined up for kit inspection, in Flanders, Belgium, 1915.

An army for its time

To us, with modern social attitudes and communications technology, Turner’s world might seem rigidly hierarchical. But to men like him it would have seemed much less strange. Born in a more deferential age, the soldiers of the First World War were accustomed to everyone having their place and knowing it, too. The British army of 1914-18 was structured very well, not only to accomplish its military mission, but also for a society of such men.

The only functional difference between the British, French and German armies was that the battalions of a French or German regiment (usually three) fought together and formed a combat unit, while those of a British regiment might never do so. The table below gives a (simplified) hierarchy of combat ranks within the British, French and German armies and gives an idea of the job men at each rank might perform. The reality was considerably more complex. For instance, the British army distinguished between ‘ranks’ and ‘appointments’ and between substantive, brevet, temporary and acting ranks. The practical effect of this was limited. Likewise, it makes little difference that what one line infantry regiment might call a ‘private’, the Guards would designate as a ‘guardsman’ and the Royal Artillery a ‘sapper’. Or that a Hauptmann in the German infantry would be known as a Rittmeister in the cavalry. Unit strengths, of course, could vary dramatically, and casualties might mean that junior officers and non-commissioned officers (NCOs) found themselves temporarily in command one or even two levels above their normal station. 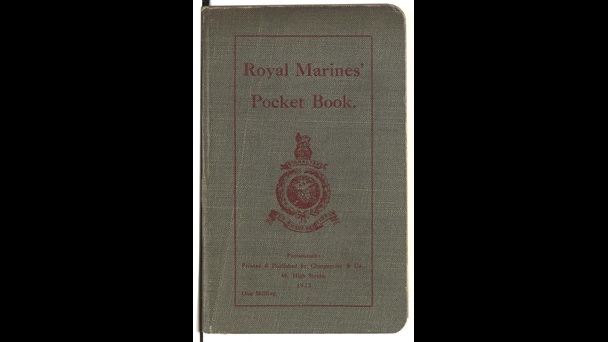