Dr Dan Todman considers how remembrance and memorialisation have been used by nations and communities to negotiate the overwhelming losses of World War One. 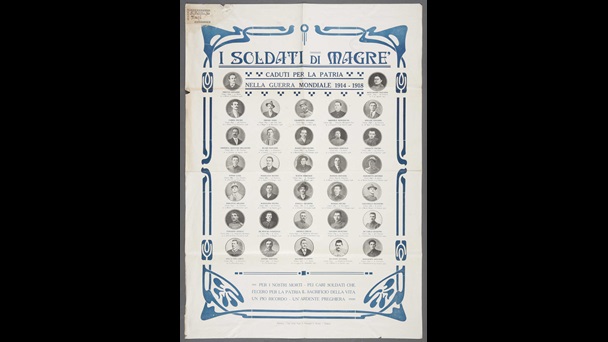 Publication printed in 1919 in Italy commemorating the soldiers from the small town of Magrè who died in the war.

The scale and nature of the First World War both required and complicated its remembrance. The war was an immensely complex event. It was global in its reach, generated extremes of experience and emotion, and involved conflicts within as well as between nations. On the battlefronts, millions were left disabled or dead in prolonged battles of attrition. Many of those who died had no known grave. At home, societies underwent immense pressures: mass bereavement and prolonged separation, invasion and occupation, shortages and starvation, rebellion and revolution. But there was also a strong sense of living through a historic moment that needed to be recorded. What the war meant and how it would be remembered in the future were both matters of concern whilst the fighting was still going on, and remained so during the uneasy peace that came after.

In every combatant country, the war’s meanings changed as it was fought, and remained subject to debate after it had finished. Individuals and communities tried to work out what was happening to them and sought recognition of their sacrifices. Politicians, generals and governments attempted to justify losses and enthuse their populations for greater endeavours. Churches, charities and local civic leaders played an active role: providing solace by explaining the purpose of suffering was both a responsibility and a reinforcement of their position in society. Journalists, manufacturers, designers, sculptors, writers and publishers all responded to war as a creative stimulus and a commercial opportunity. Some of these responses were extremely modern in form, others reached back to more traditional representations of war, sacrifice and heroism in the search for comfort and understanding. 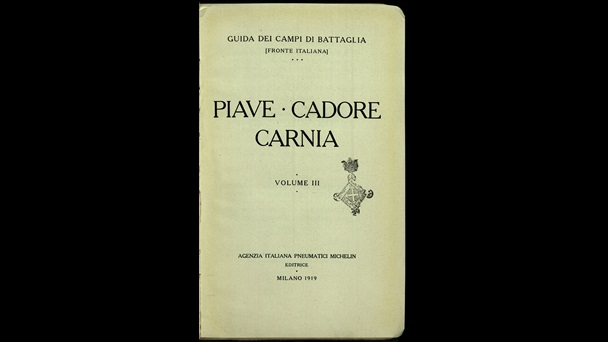 Tourist guide, published in 1919, by an Italian Touring Club highlighting the importance of battlefields and monuments.

During and after the war, the process of memorialisation posed a number of questions. The dead, in particular, were difficult. Where were they to be interred? How should their resting places be marked? How should the absent dead – those with no known grave and those buried in a field far from home – be represented? The answers related to wider questions that concerned the living. Which aspects of wartime behaviour should be commemorated for future generations? What versions of the war offered an acceptable ‘truth’? The answers were conditioned by practical issues of finance and manpower, but determined by factors that were cultural and political. For all these reasons, remembrance differed from country to country.

At a national level, differences in commemoration were born out of military and diplomatic realities. Was the tension that they had to resolve between mass bereavement and victory or mass bereavement and defeat? For the UK, the wave of commemoration that took place at the start of the 1920s – including the opening of the permanent Cenotaph in Whitehall, the burial of the Unknown Warrior in Westminster Abbey, and the construction of war grave cemeteries at home and overseas – was hardly triumphalist, but it was able to legitimate wartime death in terms of a crusade to defend civilisation. In Germany, the aftermath of defeat meant that it was longer before national monuments could be constructed. The Tannenberg Monument was opened in 1927 and an unknown soldier interred in Berlin in 1931. In comparison to the war’s victors, German memorials were even more sombre reminders of death: it was much harder for them to cast the war as moment of salvation or liberation.

The decision to convert the London Cenotaph from a temporary structure, built to represent the dead at the Peace Parade of 1919, to a permanent monument, was occasioned by the strength of public response to the original memorial. As this suggests, national remembrance could be a ‘bottom-up’ as well as a ‘top-down’ process, but it was never equal or all-inclusive. By its nature, commemorating the war meant privileging some versions of the war and discounting others: memorials were a means of forgetting as well as remembering. For example, remembrance reflected a world in which some empires had survived the war: beyond the Western Front, neither France nor Britain memorialised Asian and African service personnel in the same way as their white counterparts. 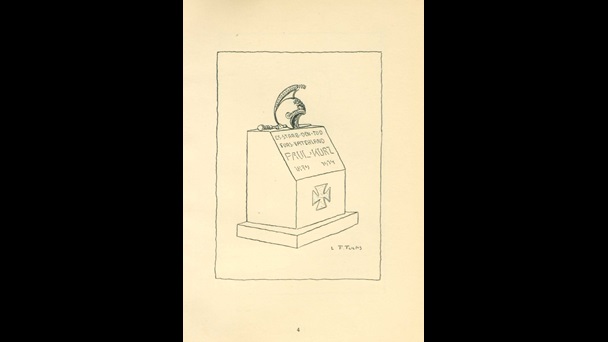 The changing face of remembrance

Remembrance continued to change over subsequent decades. During the 1930s, remembering the last war became bound round with apprehensions of the next. For the democracies, the Great War stood as a warning of the importance of peace: for the dictators, as unfinished business. The experience of a Second World War shaped the meanings that could be associated with its predecessor. In some places, remembrance was over-written with the addition of new names and dates to war memorials; in others, it was violently disrupted by the destruction of monuments and a further reconstruction of national boundaries. The social, cultural and geo-political changes of the second half of the 20th century profoundly separate us from the world in which 1914-18 was first remembered, but today, when the war has passed out of living memory, the artefacts and rituals created almost a century ago can help us to explore the ways that it was understood at the time. 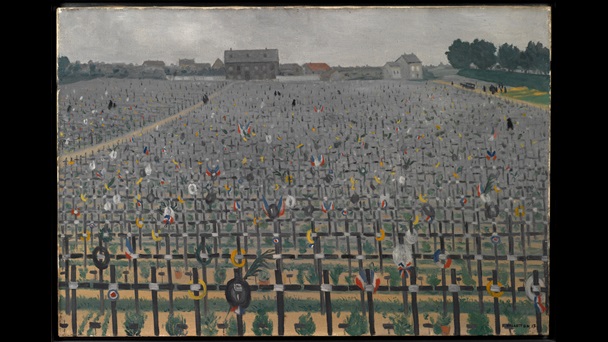 Painted in 1917, this is a representation of the military cemetery of Châlons-en-Champagne by artist Felix Vallotton.