With focus on shipping, rail, road and manpower, Professor David Stevenson explores the logistics behind the management and supply of army resources in World War One and considers what impact this had on the war’s outcome.

The First World War was fought with unprecedented volumes of manpower and equipment. Both had to be moved from the heartlands of the belligerent countries and into the campaigning theatres. The fighting fronts were the end links in supply chains that for the Central Powers reached back hundreds of miles and for the Allies reached back thousands. On paper the Allies – especially after US intervention in 1917 – enjoyed a massive preponderance in resources. But as the German army until almost the end fought more efficiently, only superiority in logistics could give the Allies a winning edge.

Crucial for victory was command of the seas. The Central Powers controlled only the Baltic (which they used to import Swedish iron ore). The Allies possessed far more merchant shipping, and could import supplies from all over the world, but in spring 1917 Germany’s campaign of unrestricted submarine warfare (U-Boat attacks launched without warning) threatened their Atlantic supplies. The Allies managed to contain this threat, most importantly through the convoy system, which made it harder for the U-Boats to detect the merchant ships and easier for escort vessels to protect them. The Allies concentrated their surviving steamers on the shortest routes, and turned them round faster, so that in 1918 freight tonnages landed in British ports actually rose. And shipping brought not only goods but also men. Not a single cross-Channel ferry was lost, and not a single outward-bound American troop convoy.

On land, railways were the principal means of bulk long-distance transport. One reason why the Allies prevailed in the 1914 Battle of the Marne was that the German vanguard divisions were up to 100 miles ahead of their railheads, whereas France since 1870 had developed a transport network that outmatched its German equivalent. It was no accident that the Western Front stabilized between two trunk railways: a German-controlled artery running from Flanders through Lille and the Ardennes, and an Allied-controlled one from the Channel ports via Amiens and Paris to Lorraine. Both sides could supply millions-strong armies in open country all the year round, but railways on balance favoured the defenders, who could shuttle reinforcements into a threatened sector faster than the attackers could pick their way across the fire-swept battle zone. Yet railway construction was also vital to attack preparations, and its ease of detection deprived offensives of the benefit of surprise. 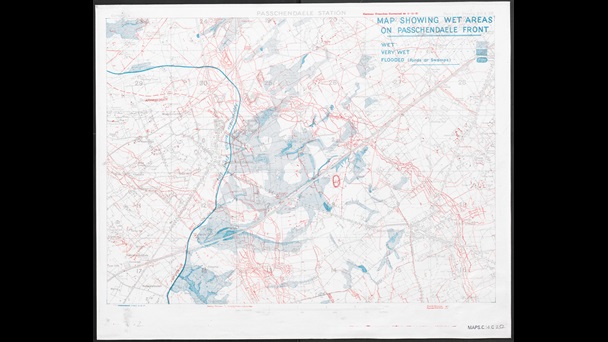 Map showing the Allied front line at the Ypres Salient on 2 December 1917, weeks after the end of the Battle of Passchendaele. The blue shaded areas mark the wet and waterlogged areas facing the Front.

During the static campaigning between 1915 and 1917 both sides built light narrow-gauge railways to convey ammunition and building materials beyond the standard-gauge rail termini and up to the front line. But primarily they used draught animals and the soldiers themselves, and trench service entailed not only horror and danger but also unremitting carrying duties. A recurrent obstacle to exploiting an initial break-in was the attackers’ inability to move their artillery forward fast enough to support the infantry, often across a devastated battle zone. On the Italian Front the mountainous terrain was even more intractable. In contrast, in Eastern Europe rail networks were thinner and the fronts less densely garrisoned, making rapid advances easier; although logistical obstacles still slowed them, and in the Middle East still more. One reason for Britain’s defeat at Kut-al-Amara in 1916 was logistical weakness. By 1917, when the British captured Baghdad and Jerusalem, that weakness had been remedied, in large measure because of support from India.

By 1918 all the belligerents’ railway systems were suffering from accumulated neglect. Skilled personnel had been transferred, coal reduced in quantity and quality, and repairs and maintenance neglected. The Austrians fell short in shell deliveries during the Battle of the Piave in June; the Germans’ Western Front railway system could not move reinforcements fast enough to counter the Allies’ synchronized attacks from Flanders to Lorraine in late September. Yet in contrast, although the French railway system was similarly overloaded the British and Americans helped to tide it over by furnishing additional track, locomotives, and train crews. In addition, by summer 1918 the French, British, Americans, and Italians were using lorries for tactical movements almost as much as they used rail, whereas the German army’s lorries were far fewer and not compensated for by its horses, tens of thousands of which had perished from overwork, disease, and starvation. Although railways always remained the primary means of transport, one reason why the Allies won the First World War was that their logistical systems came to foreshadow those more characteristic of the Second. 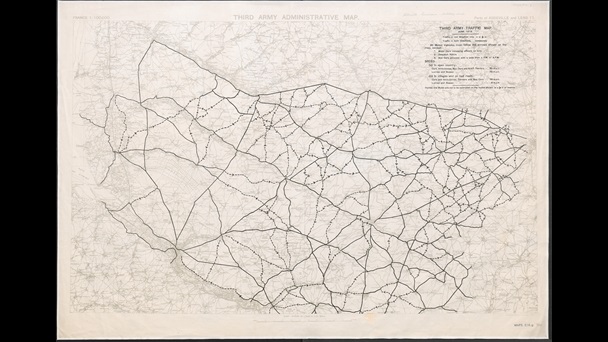